Story Behind Their Names

This post has been sitting in draft since sometime in March 2013. And I’m finally getting down to completing it thanks to Sandra (SANses). Haha.

When my younger sister, Sonia, asked me how Blake and Nakayla got their names, I told her and she said something to the effect of, “They are named after a car?”

This car is the first and only car Sean ever owned. It was also the car that the both of us had driven immediately after getting our driver’s license (he obviously got his way before I got mine!).

I remember at some point in our relationship, I commented on how the car started with his initial, ‘S’, and ends with mine, ‘M’. We even jokingly said that our children will be the letters in between, ‘B’ and ‘N’, to complete the letters on the car plate.

Before we were even anywhere near having children, I’ve always thought my children will be named ‘Riley’, ‘Chloe’ and/or ‘Nicole’. I was obviously better with naming girls pre-motherhood. Hahaha!

But when we got pregnant, and we found out we were having a boy, none of these names seem to fit. Not even ‘Riley’ that seemed rather unisex.

I started scouring the internet for names, and I thought, why not find names that start with ‘B’ or ‘N’? No harm trying, right? So I found it. I found ‘Blake’ and I liked the sound of it, and it felt right! I told Sean about the name and asked him what he thought. He said he like the name, ‘Maximus’, but it was up to me to choose in the end. I figured, this boy is our own, it’s only right that we both get to name him. So I placed the name I chose first (haha!) and ‘Maximus’ as the middle name, and so we have Blake Maximus.

As for Nakayla, her name was actually put together when we were pregnant with Blake – just in case the gynae saw wrongly and our baby turned out to be a girl, know? Haha.

When it was decided that Blake would have a middle name, the first thing that came to my mind was to have my Chinese name translated and be the middle name of our baby girl (if we were lucky to have one then). The last word in my Chinese name was Rose. So that was settled. And since we already named Blake based on the car plate, I thought, why not complete it like we had originally joked about by finding a name that starts with ‘N’ for a possible baby girl? Now, if you read above, you would notice that I like the name ‘Nicole’. Problem is, I know too many Nicoles. My best friend is Nicole, my cousin is also Nicole (I resort to referring them as Friend Nicole and Cousin Nicole so that Sean won’t be confused. Haha!), and not to mention the many classmates and schoolmates I’ve had over the years who are named Nicole. Too many!

Knowing there’s no way I’ll add to the population of Nicoles in my life, I went to look for a variation of ‘Nicole’. And I found it. The name ‘Nakayla’ literally spoke to me. I tried looking for other names that started with ‘N’, but none of them got stuck in me like ‘Nakayla’ did! I even went back to find again, just to be sure, when I was pregnant with Nakayla, but nope. Still Nakayla. Haha. And ta-dah! The name Nakayla Rose was formed 🙂 (pronounced Ner-kay-la. Please call her Kay for short, and not Ner or Nak. Haha!)

Now if you’re wondering how it all links back to the car… Besides their first names being chosen based on the letters on the car plate, you would also notice that the car model is MR2. M – Maximus, R – Rose, 2 of them. This part was purely coincidental! I only noticed it after the names were all chosen, before Blake was born. Hehe.

So there you have it. That’s how my kids got their English names.

As for Chinese names… I like the sound of ‘Rui’ and I had Sean picking out the second part of the Chinese names. He picked ‘Xiong’ for Blake cos it means ‘Hero’. ‘Xuan’ was chosen for Nakayla cos it sounded the sweetest. Then I took the Hanyu Pinying and went to my mother to help choose the actual Chinese characters. Haha! Yup, that’s about it! Hahaha!

Phew! I FINALLY finished it! Yay! 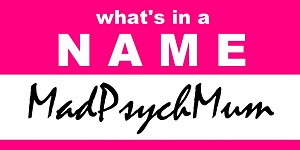