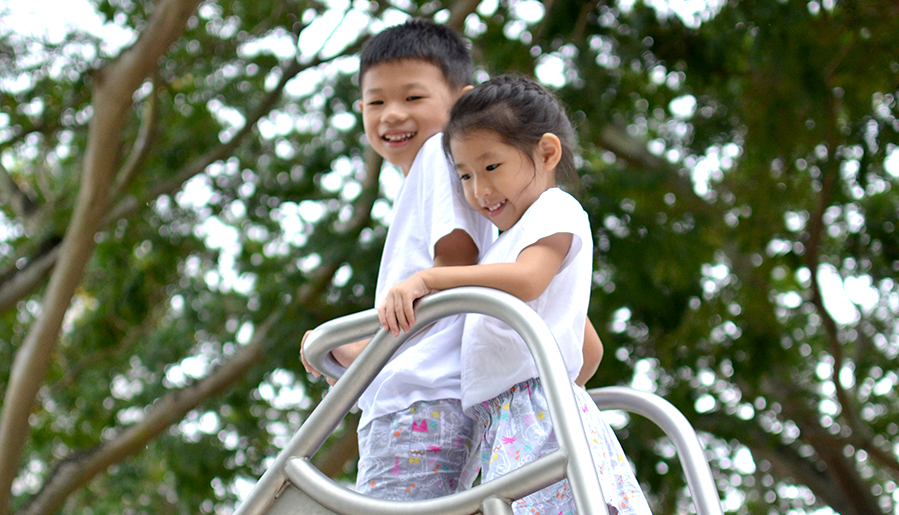 The last quarter of last year ended on a pretty high note for the children. They took up a couple of weekend activities, stuff that they’ve been telling us they want to do for most parts of 2017. Watching their progress week after week, I re-learnt some lessons through them.

When I Fall, I’ll Pick Myself Right Back Up!

When Blake first told me that he would love to learn how to rollerblade, I dismissed it instantly. There’s no way he will go through with it. Rollerblading is tough. I’ve tried to teach myself and failed many years back. I was just too afraid of falling. But Blake insisted and after a couple of months, I signed Blake and Nakayla up for lessons. What happened after gave me an insight to the kind of people my children are slowly growing up to be.

They have fallen, sometimes hard and on their bum. They have cried and bled (from a broken nail). But they never gave up. Both of them have showed me that with determination, through sweat, blood and tears (literally, all of it!), nothing is too difficult. And they’re getting there. Slowly, but surely.

Note worthy: Blake used up almost all of his savings from last year to buy himself and Nakayla a set of their own rollerblades and protective gears. He didn’t even hesitate when I asked if he could pay for Nakayla, as she didn’t have enough savings (no pocket money yet!). Thankfully, the husband spotted a bundle promotion at Decathlon, so Blake was able to get everything within his budget!

Rock climbing is something that Blake talks about every once in a while, when I pick him up from school. He would tell me how much fun rock climbing is and that it’s really cool. So in the last week of the December school holidays, we finally made our way down to Clip n’ Climb.

For the first half of our first session, the children barely climbed the wall before telling me that it’s too scary and that they want to give up. I guess they were both overwhelmed by the sheer height of the walls than what they’re used to at the playground. I gave up trying to get them to climb and went to climb on my own. Seeing me make my way to the top must have triggered something in them. Suddenly, they were raring to go! While they didn’t make it to the top for the rest of the session, they did at least reach the middle and was more willing to try climbing the different walls!

They got pretty upset when the session was over and kept asking if they could go for another round. In less than 2 hours, the children returned – this time, they were on their own. And with every new height achieved, they came running excitedly towards me to update me on their progress. I was doubtful, to be honest, but I went along with it. It wasn’t until a few days later, when we visited again, that I witnessed their accomplishments for myself. They have conquered their fears!

This one is pretty obvious, but sometimes the most obvious things are things we don’t notice and take for granted. And between rock climbing and rollerblading, I’ve seen how my children are fully capable of taking the lead to cheer each other on.

Often, I’ll catch Blake and Nakayla motivating one another, encouraging each other to go further, climb higher. The confidence they gain from each encouragement after a fall, the smile that wiped away the tears and the sharing of joy after they’ve succeeded… I see it paying off as they progress!

This is not to say they don’t fight though. They do. They are siblings after all. Haha!