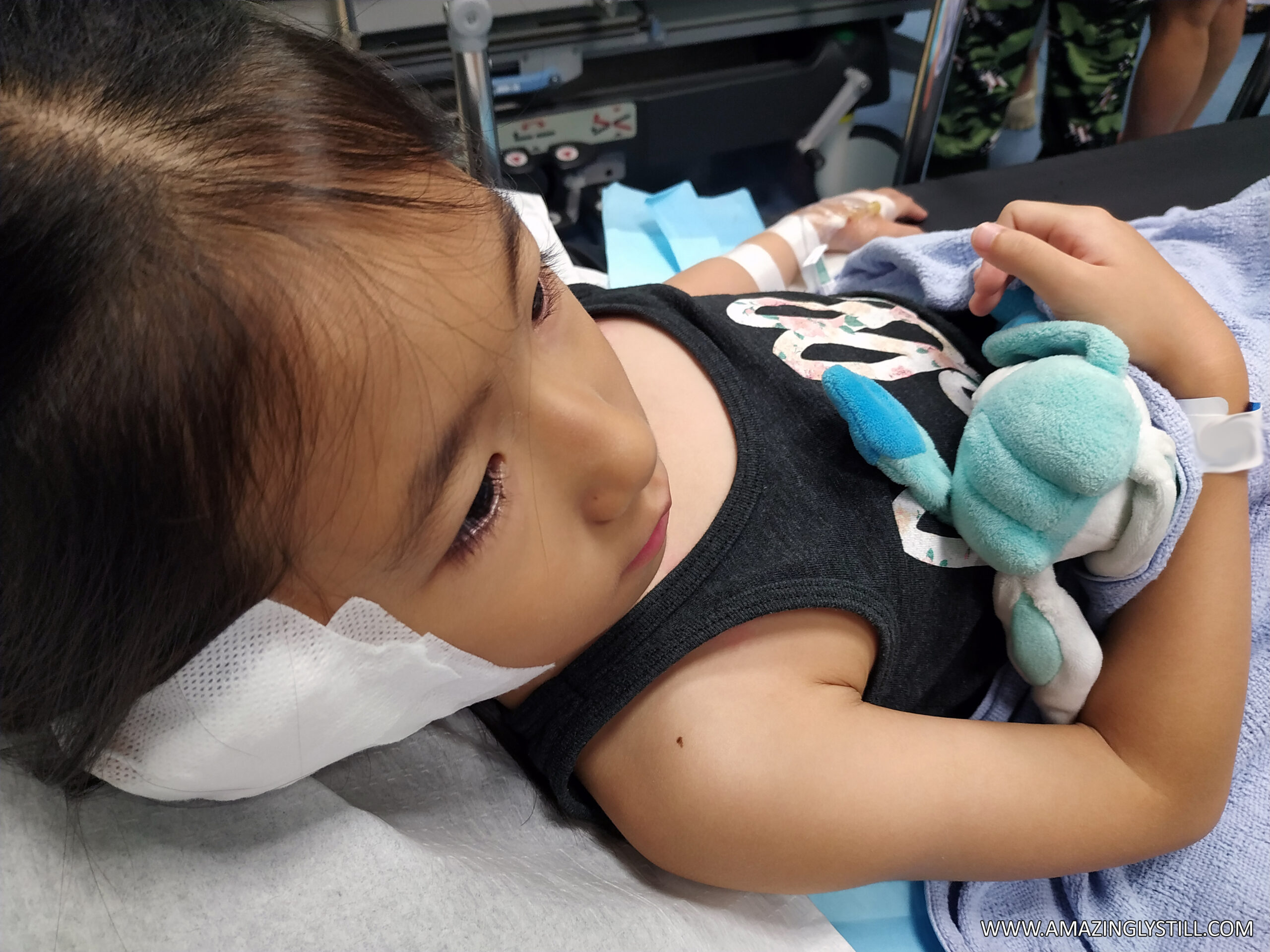 So back in late 2013 and early 2014, we contemplated surgery for Nakayla’s ear, which we didn’t go through with eventually. Fast forward to 2019, the infection returned and it was worse than the first time round.

I would love show you a photo of the infection, but I don’t think many will appreciate it. If you have seen the one she had when she was a baby, imagine it a whole lot bigger, more purplish than pink, with pus leaking out. How it became so rapidly horrifying overnight, we’ll never know.

She took antibiotics for it but it didn’t work, so we went straight to KKH A&E where an incision had to be made to remove the pus. This was a very painful and very traumatic period for Nakayla. I’ll never forget the look on her face and how she cried her lungs out while looking at me as they injected her with ketamine, the sedation drug. It was necessary but it really broke my heart.

The surgery went well, but soon after, baby girl started vomiting. Apparently, her stomach wasn’t as empty as we had thought and this was after I gave a later than I remembered timing to the doctors, just to be sure. She had to go on drip as she was losing too much fluid and even the medication to curb the nauseousness didn’t help. Fortunately, she regain her strength and was pretty much her normal self after about an hour of being on drip.

After returning home, we had to ensure that the wound remained dry and we had to return to the hospital daily for about a week to change the dressing.

Something that I failed to do (cos honestly, it really didn’t occur to me) was to give her ibuprofen before going for her appointments. I hadn’t realize that it will help ease the pain, until one of the doctors brought it up. I could’ve saved her so much agonizing pain! But she’s such a trooper for remaining still throughout the cleaning process!

After the infection was completely gone, we scheduled for surgery to remove the ear pit – the cause of infection.

The hubs managed to join us in the morning, before he went off to pick Blake up from school. And I was so glad he came with us cos I told him I don’t want to go through the sedation process again. But according to him, it wasn’t anything like what I experienced cos this time round, it was GA, so all she had to do was breath it in. 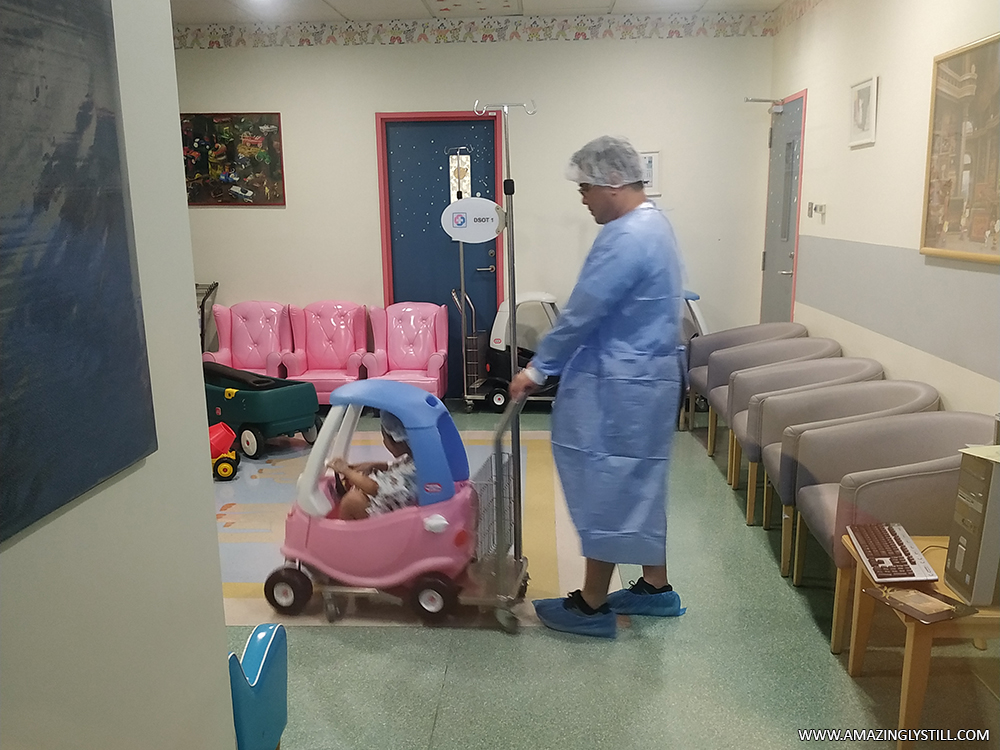 Also, this time round, we took extra care in making sure she fasted longer than the stipulated time. Nakayla even forgo drinking water altogether cos she did not want to go through the same thing again. But the result of that meant that she was rather weak after the surgery too. Thankfully, the nurse gave her milo and biscuits when she woke up from GA, which made her feel better. 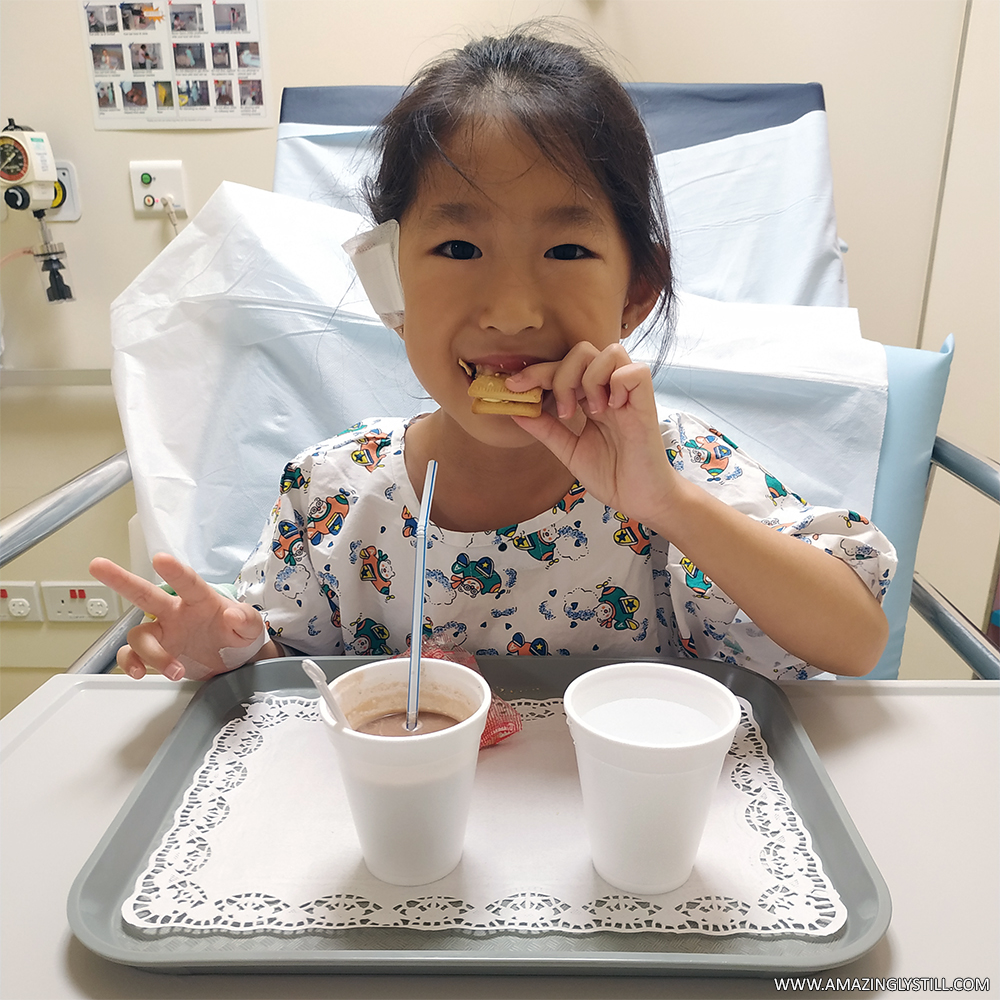 After they made sure she could walk steadily on her own, we went home. We had a few more follow-ups with the doctors till December, to ensure that the wound was healing well, before she was officially discharged from the hospital. All in all, it took a good 4+ months for us to finally close the chapter on this.

Or so we thought.

Blake came to us the day after Nakayla was officially discharged and showed us his ear. For the first time ever, his ear pit got infected. Fortunately for him, we went through it once with Nakayla, so our actions were a lot swifter, and I knew exactly what actions to take immediately.

First to SingHealth Polyclinic to get a referral latter, then straight to the specialist at KKH, antibiotics to clear the infection first, then scheduling an appointment to remove the ear pit completely. 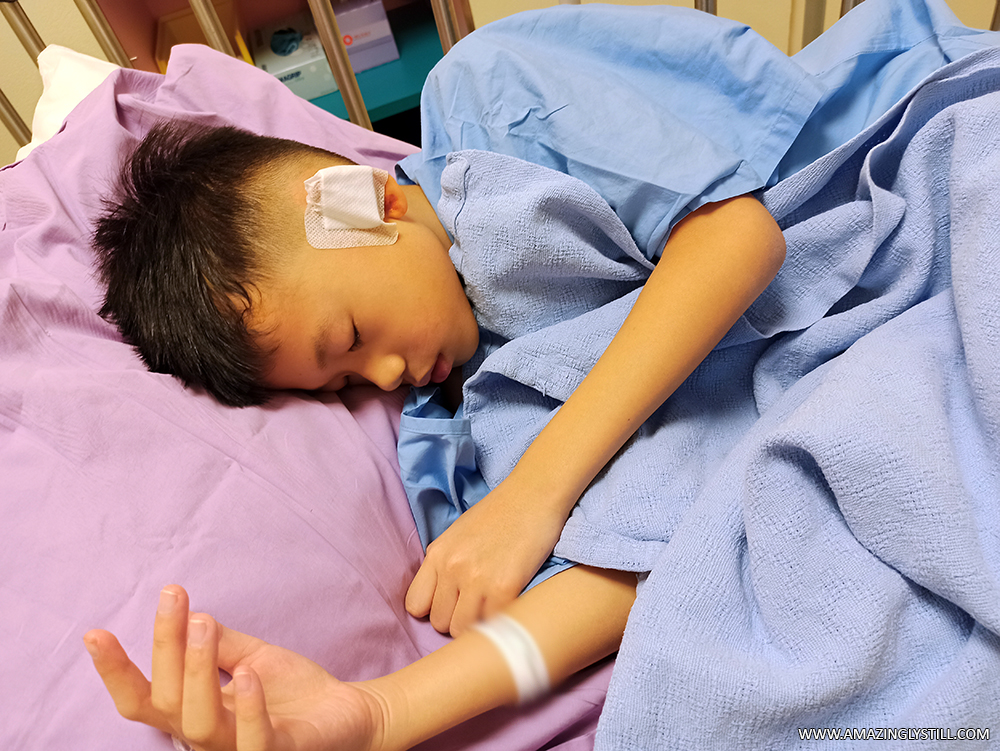 His process was a lot faster and smoother. I even brought him for a haircut before the surgery, to remove side burns and hair in that area so that the removal of dressings won’t be so painful. It also helped that his infection didn’t look as bad as even Nakayla’s first infection. And within 2+ months, he was officially discharged from the hospital.

Now with both their ear pits removed, the risk of re-infection has also gone down significantly, and I’m so glad that this chapter is really closed for real this time. Finally.

1. One of the specialists we consulted at KKH has actually advised us to have the ear pit remove at first infection. When I mentioned that years back, the specialists at KKH told us we could take a wait and see approach, he said the number of re-infection cases have actually gone up, so now, their advise is to have it removed after the first infection has cleared up.

2. Both Nakayla and Blake’s day surgery to remove the ear pit can be paid using Medisave. The amount paid is in the region of $800-900. This is the subsidized rate for locals (as of Jan 2020). For insurance, it’s best to check with your insurer.

3. I’m not sure if this is the only way for locals to get a subsidized rate, but just to be sure, I brought both children to a SingHealth Polyclinic first to get a referral letter to KKH.