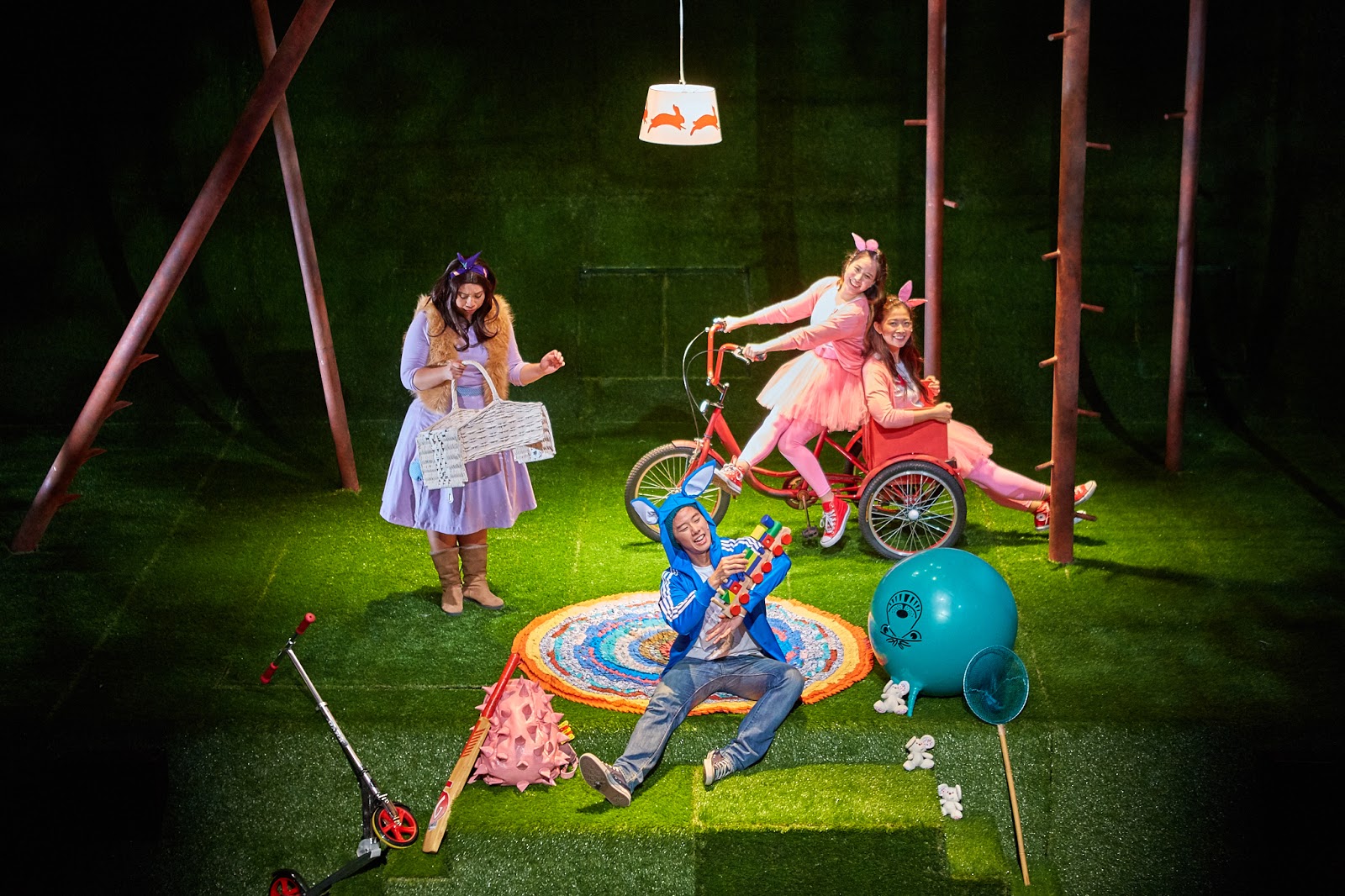 The weekend before last, we watched ‘A Peter Rabbit Tale‘ by SRT’s The Little Company and it was an entertaining 50-minutes play!

From the colourful costumes to the well-timed musical numbers and the liveliness of the cast, we thoroughly enjoyed the show, and we weren’t the only ones. Everyone in the theater was laughing and cheering on the cast throughout the show!

One of the things I’m appreciative of is that the costumes clearly define the different characters played by the 5-member cast. Most of the costumes are simple yet telling, leaving no room for confusion.

Though, I have to say, the costume made for the farmer, Mr McGregor, was a little freaky. The child sitting next to us got scared and burst out crying. The father had to take him out of the theater when he couldn’t stop. Blake and Nakayla had a little fright too, but thankfully, they soon realized it was just a costume. Phew!

Another thing that made this play stand out – Interaction with the audience. I love how some of the scenes had the cast running into the audience and having a quick chat with some of them! If you want to enjoy this special treat, do get tickets to sit along the sides of the stall section.

While the cast was, overall, really awesome, my favourite character from the play is the one and only Mrs Tiggy-winkle the Hedgehog! She absolutely ROCKS! She brought on the laughs and cheers, which got everyone in the theater really high!

It was a great way to end Peter Rabbit’s discovery adventure on the importance of family and being true to one’s self.

‘A Peter Rabbit Tale‘ by SRT’s The Little Company is now playing at KC Arts Center – Home of SRT and will end its run on 14 April 2017. Tickets are available at all sistic outlets and online.

For more information, and other shows by SRT, do visit their website.

Disclaimer: We were invited to the show by SRT for the purpose of this review. All images used above are provided by SRT as photography is not allowed for this show.