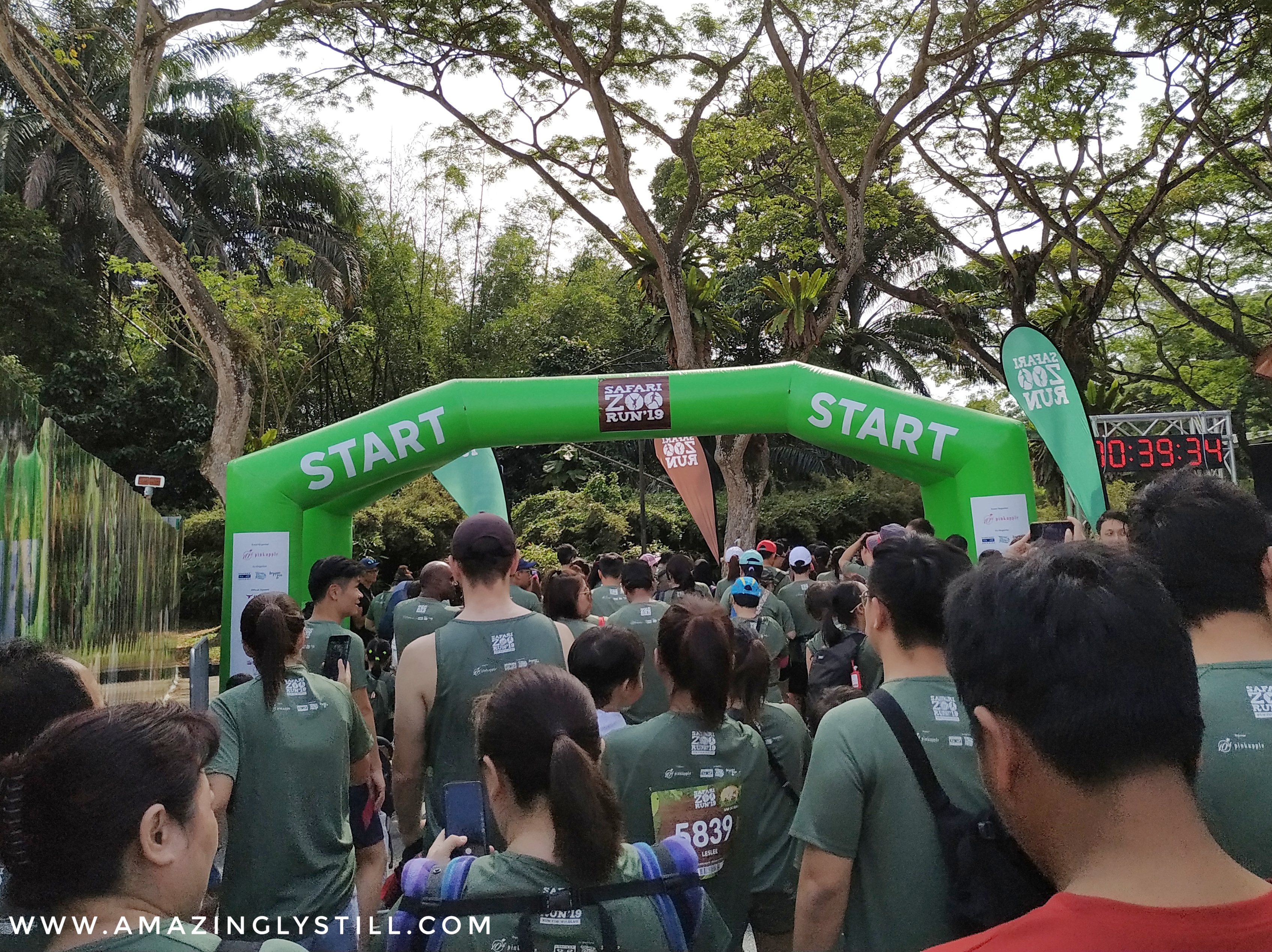 And for the first time, we were early enough to snag a photo with the mascots, Ah Meng and Sunny, during their meet and greet session!

This year, we participated in the non-competitive category, Safari Zoo Walk (4km), which featured a new race route, bringing participants through River Safari for the first time.

The actual walk itself had been pretty uneventful, mostly just us following the path according to the race crew’s directions, but there are some parts of this run that came out tops!

The camouflage design (with the four mascots’ silhouettes!) may have deviated from previous years’ bright, solid coloured tees, but I personally prefer this darker, earthy look that feels a lot more in touch with nature.

Bring Your Own Bottle

In a bid to encourage participants to go green, this year’s race pack included a reusable bottle for each participant, to bring along to the run.

What used to be water stations, where paper cups filled with water are given out to runners, have been replaced with gallons of water dispensers for participants to fill their bottles up.

This is a great initiative and welcome change, considering the wildlife parks already have plenty of water dispensers all around to encourage people to drink water from their reusable bottles!

We had seen cranes soaring above us at the beginning of the race, so it was a pleasant surprise when we came across one standing super still for everyone to snap photos of it!

With the inclusion of River Safari for this year’s race route, and shortened route (from 5.5km to 4km), some parts of Singapore Zoo and Night Safari were removed from the route unfortunately.

Whilst we were able to head back into the zoo to catch up on animals we didn’t get to see during the race (admission to the zoo and River Safari is free throughout the day for all race participants), it was a real pity that we didn’t get to see Chawang when we were at Night Safari during the race, as the race route around Night Safari was shortened by half of last year’s distance. We had been looking forward to seeing him and his family again… Sigh!

The white tigers lifted our spirits when we headed back into the zoo after lunch though. They were pretty active and we managed to get some great shots of them!

We have never seen them move in the waters like this before!

Much less see them get so close to each other!

So while some of our expectations fell short during the run, it was made up for after the run, when the animals came out to play!

Never saw both tapirs up-close before either!

And that pretty much sums up our day!

Disclaimer: We were invited to participate in the race for the purpose of this review.