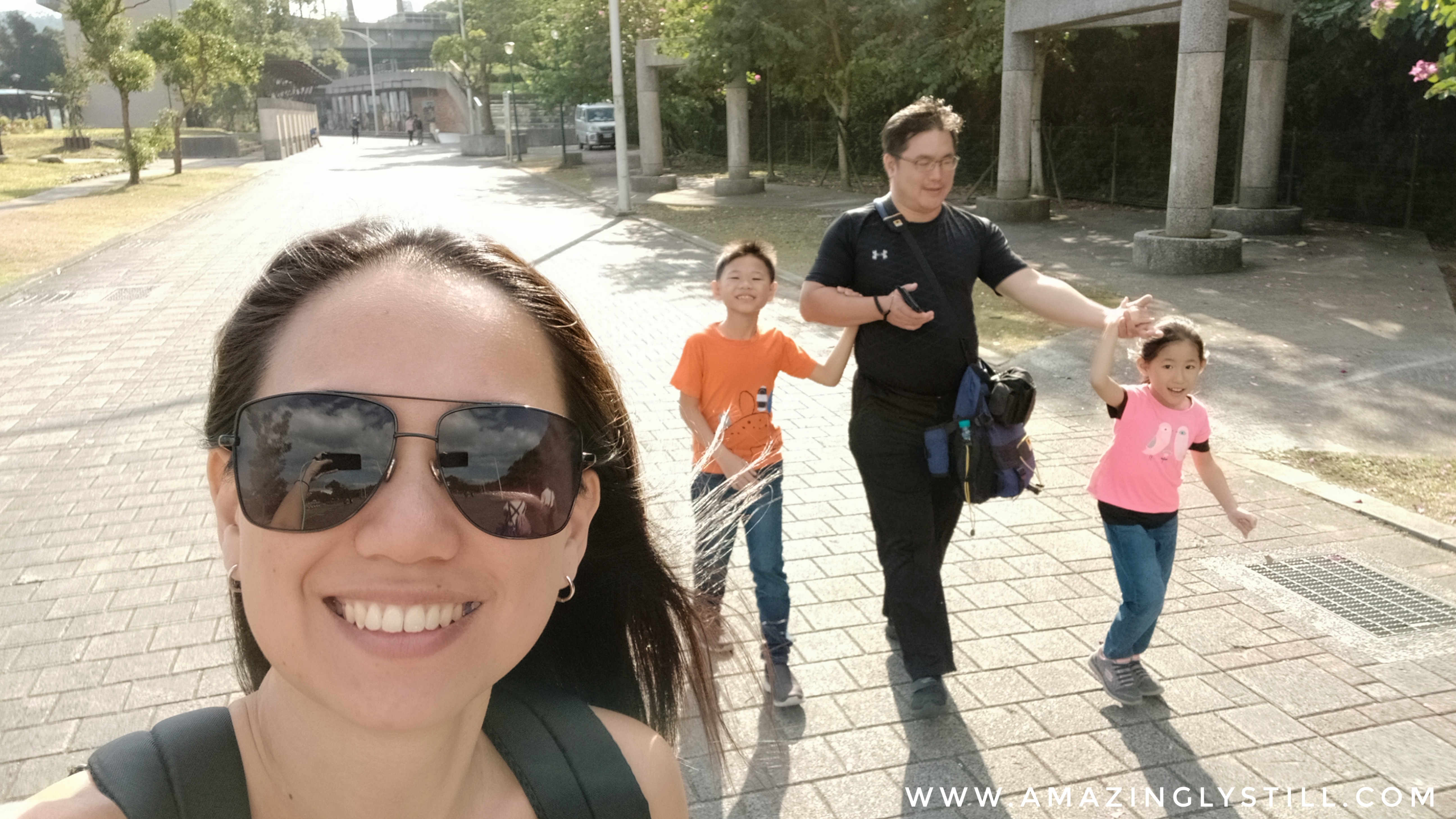 The first day back in Taipei City was also the first time we took their public transport – Taipei Metro. It took us a while to decide whether or not to purchase their Easycard (it’s like our EZ-link card) as we weren’t sure how often we’ll actually use it, since it will only be for one day.

But purchasing their Easycard turned out to be one of the better decisions made that day, and we have additional souvenirs to bring home too!

Our first ride on Taipei Metro was to Maokong Gondola. It was brought up a couple of times during our trip, when we were discussing what to do on our free and easy day in Taipei City. And since it was easy to get there via the metro, might as well, right?

Together with my brother, we rode the Crystal Cabin, which is basically a gondola with see-through flooring.

The wait for the Crystal Cabin is definitely not suitable for the impatient, as from one Crystal Cabin to the next are many regular gondolas in between. And somehow, the cabins we took both times had hardly any ventilation in the cabin, making it pretty warm and stuffy, despite opening the little windows at the top.

The experience was still pretty awesome for the children, nonetheless – Thanks to the see-through flooring!

Another place that was brought up during our discussion was the observatory deck at Taipei 101.

The later than usual start we had that day, coupled with some delays here and there, meant that we reached Taipei 101 a lot later than expected, and everyone was famished. So we left the group to head over to their food court for a super late lunch.

The initial plans to head up to the observatory deck were thrown out as a result, partially cos my parents and younger siblings had other plans for dinner and had to leave earlier and everyone else who remained weren’t really keen on going up with me. It’s a little upsetting, to be honest. But life goes on as usual, right?

One by one, everyone went off to do their own thing and soon, it was just the four of us. And this was what we were up to, right in front of Taipei 101… Haha!

After playing around for a bit, we took the metro back to the hotel to rest first.

Probably sensing that I was truly upset cos of the cancelled trip up to the observatory deck, my elder sister text and said she’ll give us a dinner treat at a really special restaurant she found, a place my parents definitely won’t go. Haha!

And that will be another post, for another day…