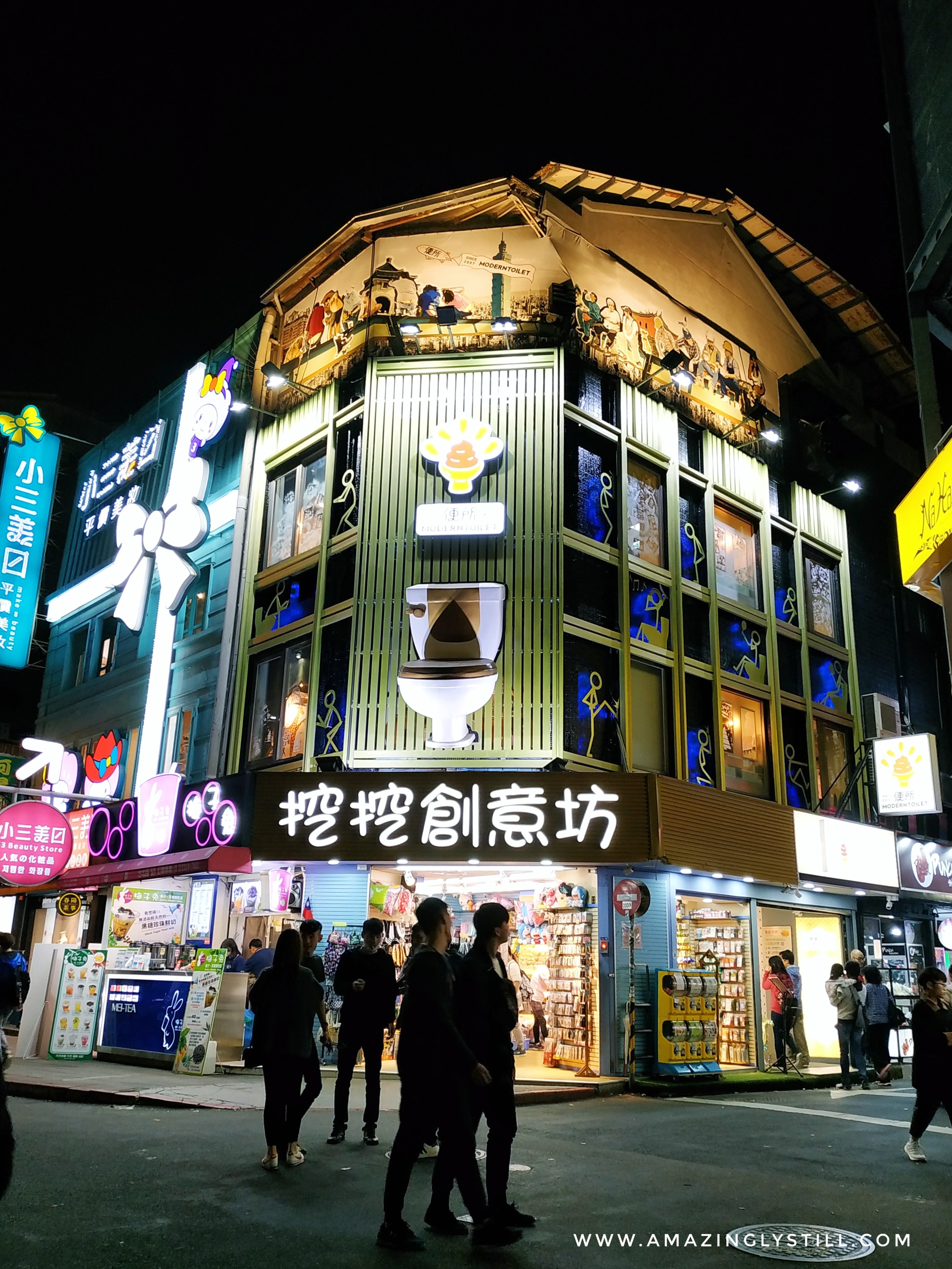 We met up with my sister and her family for dinner at Modern Toilet Restaurant (便所主題餐廳小澡堂), after a rather uneventful visit to Taipei 101.

Walking up the narrow staircase, we came across signs like “Crappy Food, Shitty Service” and alike, much to the children’s delight. Haha!

And while we thought it was funny when we first saw the signs, the service could definitely use some improvement. One of the staff was rather clumsy, dropping drinks and food on us and other customers while serving. We only had a bun fly off the plate while he served us, which was easily replaced, but at another table, 4 glasses of drinks came splashing down on the customers. Yikes!

That’s just one out of the many staff though. Overall, the service is okay. Reasonable.

We didn’t get to sit in the big toilet bowl

But we weren’t spared from dining with “poo”.

For the first time, she didn’t want to sit on the cushioned booth seats. Haha!

Our Jasmine green tea was served in portable urinals

Can’t quite remember what this was, but it was under the Hot Pot Meals

If I remember correctly, this should be Red Curry with Chicken

I had Modern Toilet Sweet & Sour Cod and it was so good! I love the sauce! The fish was chunky and cooked till just before it was overdone. The serving portion was pretty huge for me, which was the opposite of the pork chop Sean ordered.

From what I’ve observed, seems like their dishes under Steak Meals are all pretty small in portion. Whereas their Hot Pot and Classic Theme Meals seem to have a rather generous portion. We didn’t order anything from their Spaghetti Meals, but seeing other customers who did order, the portion seems pretty reasonable too.

After we were done with dinner, it was the moment the children had been waiting for, ever since we stepped into the restaurant…

Delightfully served in only chocolate flavor no less. Haha!

The children were so high from seeing it, they couldn’t stop laughing as they were eating, commenting out loud, “Look! I’m eating poop! I’m eating poop! Just kidding! It’s ice cream!” every now and then. It didn’t stop when we returned to Singapore, by the way. Every once in a while, they’ll bring it up, “Remember that time we ate poop, but it’s actually ice cream? Remember?” Haha!

This trip to Modern Toilet Restaurant at Ximen probably wouldn’t have happened if everything went swimmingly well earlier, cos Sean and I had initially planned to have dinner at the 7-11 near Caesar Metro, when we were told to settle dinner ourselves. We really did want to try everything they have there. Haha!

Things happen for a reason I guess, and thankfully, I have an elder sister who wanted to cheer me up, even though she didn’t have to.