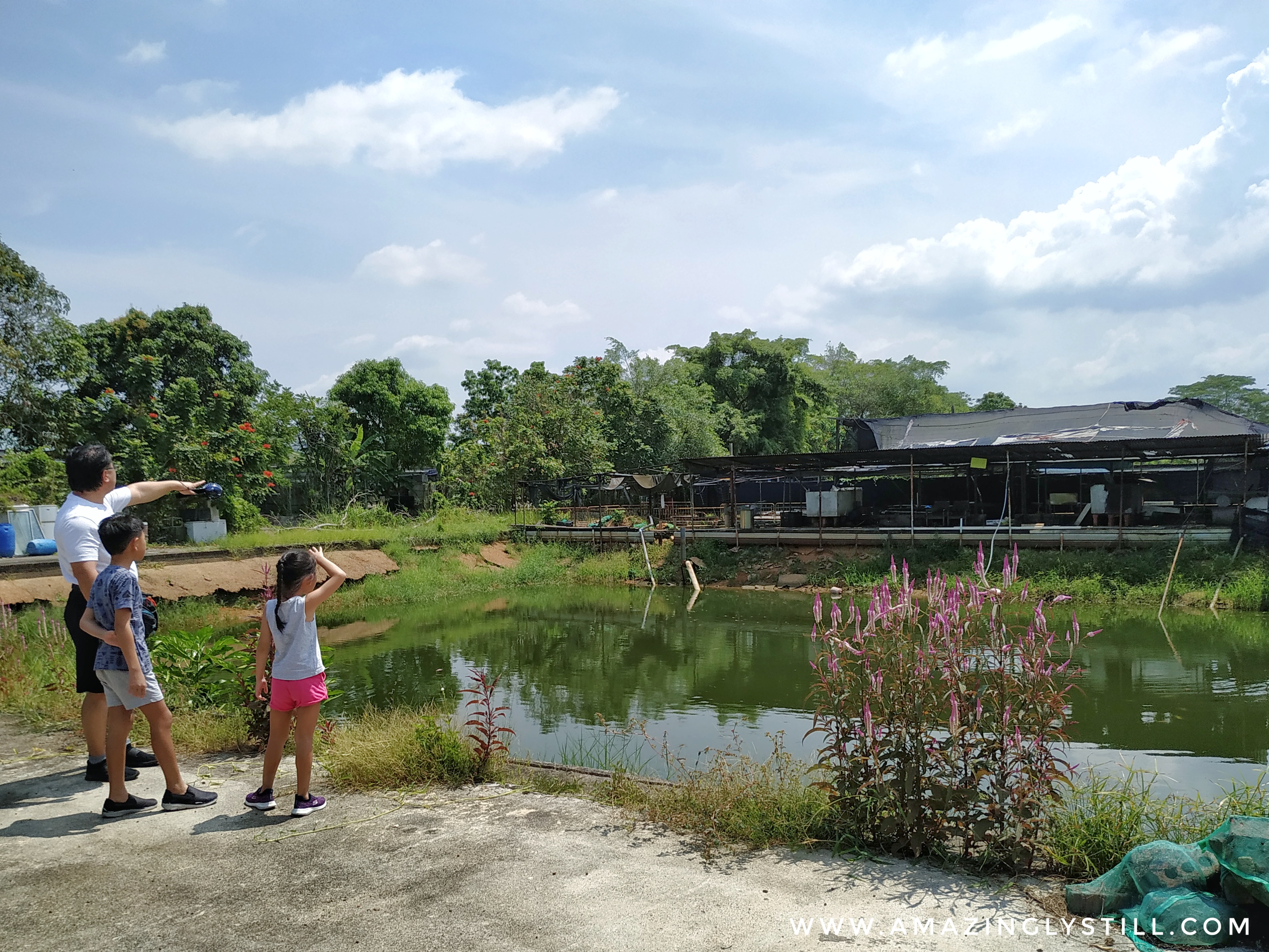 Towards the end of the March school holidays, the children finally got their wish of spending the day exploring with Sean! This was something they had been looking forward to as Sean has a busy work schedule, making it difficult for him to get a day off on a weekday.

Blake had visited Jurong Frog Farm with his class on a school excursion prior to our visit and he had been so fascinated by it that he wanted to visit it again.

He had mentioned that during the school excursion, he wasn’t able to get the net and bucket as he didn’t have more money on him. I had wondered why he would need a net and bucket for back then, but when we arrived, I understood.

He wanted to enter the pan and interact with the frogs!

While Blake was happy to be in the pan with all the frogs right from the start to the end, Nakayla was first excited then frightened.

She had been pretty excited about it, up until she actually touched one and got a shock for some reason. Other then refusing to touch another frog again, she’s perfectly fine just being in close proximity with them.

After walking through where we could walk on the farm, visiting the feeding sections (we didn’t feed the frogs) and looking at tadpoles, we left the frog farm.

The visit to Hay Dairies was pretty impromptu. We only decided to drop by and take a look as it was on the way. And cos it was a last minute addition, we weren’t really sure what to look forward to, but upon arrival, we found out that the milking sessions were already over. So all we could do was take a look at the goats and feed them some hay.

The feeding didn’t last very long for us though, most of the goats didn’t seem too interested in the hay we had on hand and there were quite a lot of leftover hay in the feeding pans! I guess they’ve all been well fed already.

Before leaving the farm, the children had a taste of ice cream made with goat’s milk. The ice cream melted at a pretty fast rate and it was a mess!

It didn’t help that the ice cream wasn’t as sweet as the ones they’re used to having too. Whilst it took a longer time than usual, Blake managed to finish his eventually. Nakayla, on the other hand, gave up half way. Haha!

We may not have spent a lot of time at both farms, but at least Blake got to fulfill his wish of visiting the frog farm again and interacting with the frogs too!

School Holidays Itinerary Things to do in Singapore