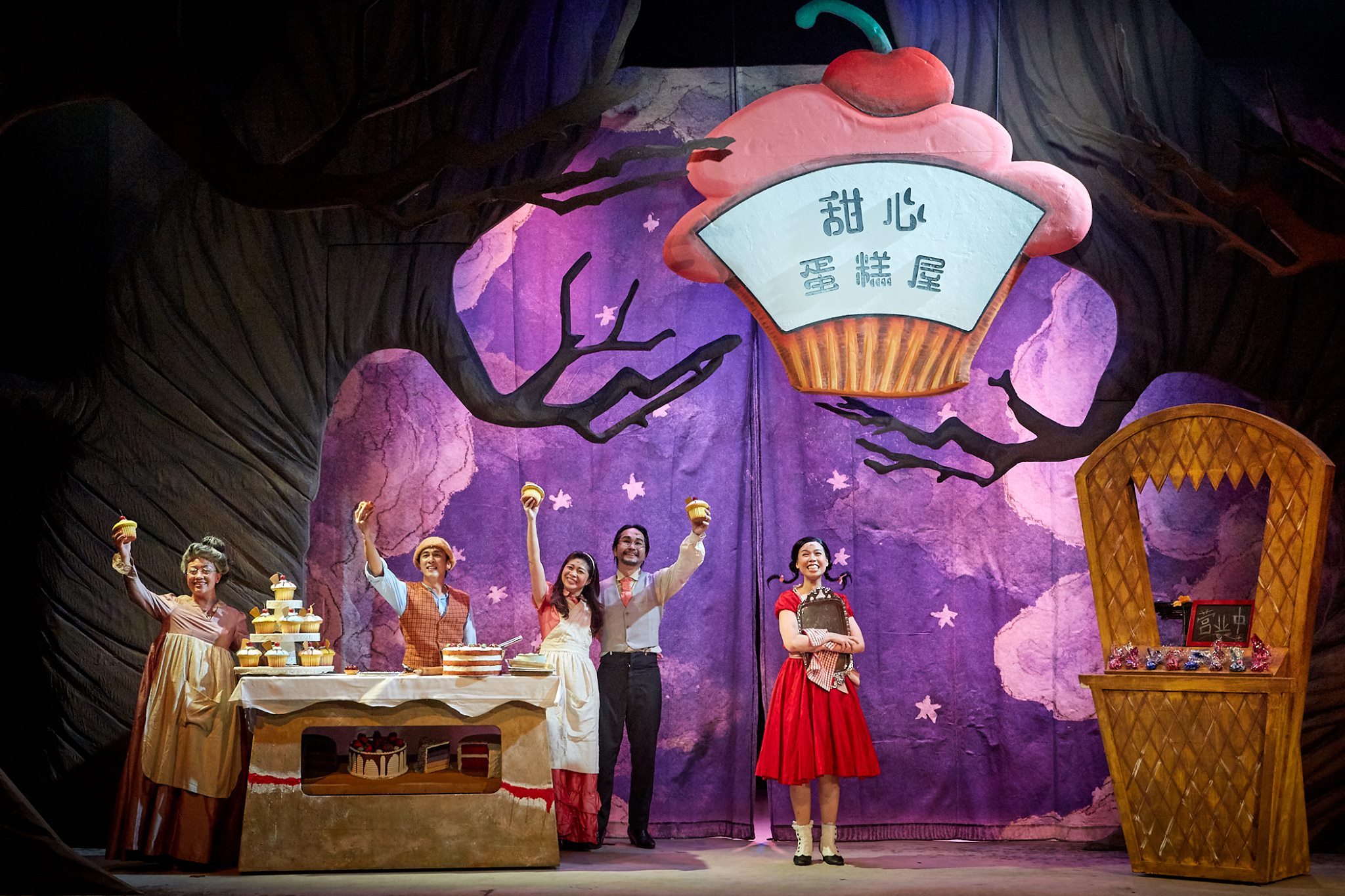 The children are no strangers to theatre plays and musicals, but this weekend marked the very first time they watched a show in Mandarin. And I’m so glad that it was Red Riding Hood《小红帽》!

We came without knowing what to expect from the show, other than it should be really good. The expectation was raised after we were impressed by SRT’s The Little Company show, A Peter Rabbit Tale, from a few months back.

And they didn’t disappoint!

The show was entertaining from beginning to end. Other than song and dance, there was a little magic that came into play as well, and that scene left everyone with eyes wide opened and in complete awe! Bravo!

But the one that really got the parents good were all the unexpected lines. It was HILARIOUS! The scriptwriters, and whoever contributed ideas, really hit all the right notes with this play in Mandarin! I won’t provide any spoilers here obviously!

Now, I am left wondering how the English version would fare as some of these are only funny cos it’s in Mandarin… Hmm…

The antics of the characters, especially the wood cutter (above, with Little Red), were equally amusing. The exaggerated movements, facial expressions and delivery of their lines left the children in stitches!

Another thing I loved about the show was how interactive it was. The characters engaged the children with questions and the children were all eager to respond! At certain parts of the show, the children shouted out their immediate feelings, just like how we would at our TV screens when watching dramas. Haha!

While most of us in the theatre were having a good time, a few younger children (I think they were 2-3 years old?) didn’t seem to appreciate the darker scenes. I can understand this completely. Blake and Nakayla went through this same phase when they were at this age.

So if you’re thinking of bringing your little ones to watch the show, do try to prepare them for it. I used to inform Blake and Nakayla a day or so before the show of possible scary scenes. Sometimes it worked, sometimes it doesn’t.

On the bright side, exposing them to these, and the constant hand-holding during show time for reassurance, has led Blake and Nakayla to understand that it’s part of a show. Or maybe they just grew up and stopped being scared. Either way, it has been beneficial for the whole family! Yay!

Oh, and best of all, we took a short walk over to the scenic Robertson Quay (just beside KC Arts Centre) and snapped a couple of family photos!

#SkechersSquad taking our brand new kicks from Skechers out for a spin before the upcoming SHAPE Run!

This little extra bit kind of made up for missing out on taking photos with the cast after the show! Please remember, if you bought Category 1 tickets, do remember to stay behind after the show for the photo-taking session. For other category tickets, I believe you need to ask the staff after the show if there are still slots available, and you might need to pay for it too.

Red Riding Hood《小红帽》 is now playing till 1 September 2017. For more information and to purchase tickets to the show, click here.

Disclaimer: We were invited to the show by SRT for the purpose of this review. All images used above depicting scenes from the play are from SRT as photography is not allowed for this show.