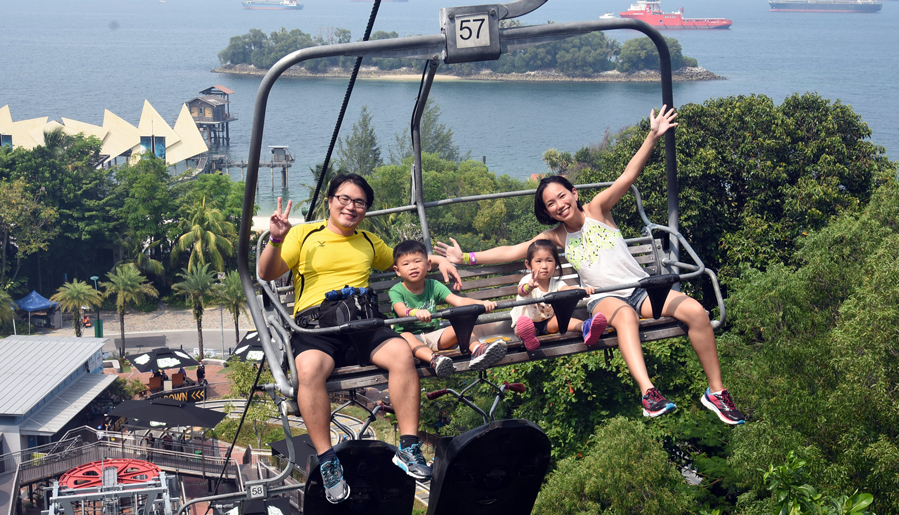 I think I’ve grown up a little over the past month.

When my desktop crashed on the night of March 24th, I somehow managed to contain my anger. I was frustrated, yes. I even whined quite a bit to Sean. But, I did not let any of that get the better of me.

Just to give you an insight as to how I was in the past, I would hit and slam whatever electronic device that did the same thing to me – all in the fit of anger. It really didn’t matter how much it cost or who bought it for me; I will destroy it because it decided to destroy my life die on me.

I’m not proud of the way I behaved in the past, but those were part of my growing days.

That night, when the blue screen of death appeared, I panicked. I knew I was about to let my anger rip. So many thoughts running through my head, but the loudest of all was, “Don’t get angry. Don’t get angry. BREATH!” My next course of action is what I’ve been doing for the past decade – I looked over to Sean and asked him to help me save the very precious desktop he bought me years back.

Sean did all he could, while I text Lin Ying and Natasha furiously the entire time. They were both asleep by then, so I went back to my desktop and just clicked on everything and anything I could to make it work. In the process of this, I think I wiped out all my data in the disk drive without realizing it.

Note to self: Now that anger is under control, time to work on patience!

As the hours passed, I was way too tired to think any further. I gave up feeling anything and accepted the fate of my desktop.

And here’s when things took a change for the better.

One by one, people close to me came to my aid.

Lin Ying was the first to respond, and without any hesitation at all, she offered her laptop as a temporary solution for me. But by then, I was determined to get myself a laptop, however low-end it had to be.

Shortly after, Natasha volunteered her husband to take a look at my desktop, to see if he could save anything at all. They took the desktop and worked on it. Their main priority was to rescue as much data as possible – something I gave up on, but they didn’t.

Whilst Sean didn’t agree with me buying a new laptop hastily, he still helped pay for more than half of it, knowing that I’ll be depleting quite a bit of my savings if I paid for it all on my own. I shamelessly said that it was my reward for behaving well and not slamming my things like I used to. Haha!

Armed with a new laptop, and confident that I have backed up all my personal stuff in the external hard drive, I went back to my usual routine.

I even joked how I had to return to the days before Photoshop, and did very basic photo editing on PAINT. Yes, you read that right… PAINT.

It was only a couple of days later that I realize that a good chunk of data from 2015 and some from the later half of 2016 were gone. I panicked. I was about to get mad. I almost cried.

I told Jabin, one of few I became friends with through blogging, about what happened, and he took the initiative to contact his ex-colleague to help extract some photos we had taken as a family at Skyline Luge Sentosa. I had wondered out loud how that’s even possible. It’s been years! But they did it. THEY DID IT. I still cannot believe it.

I also reached out to our photographer from last year’s family photoshoot, told him my predicament and his reply contained a link to all the photos we had taken last year. He still has them!

Needless to say, we’re going back to him for this year’s family photoshoot!

As though I haven’t been blessed enough, the final wave came when I mentioned to a couple of daddy bloggers (the same ones who put this video together) what happened to my desktop and what I needed to find to help restore it to working condition. They gave me ideas on where to look, then Winston came forward to offer his help. I don’t know what magic he used, but he fixed it. Thanks to him, I am now sitting at my desk with my once dead desktop, typing this out. HE FIXED IT!

I still can’t believe all that has happened in the past month. I’m still feeling a little overwhelmed by all the help and support given.

Other than thank you, thank you and even more thank you, I really don’t know how else I can express my gratitude towards all of you. I’m truly blessed to have each and everyone of you in my life.