Timeout Thursday: Old School Memories Before I was a Mother…

… I was once a young child driving my parents nuts too.

And today’s Timeout Thursday is specially dedicated to those years where I was being the pain in my parents’ neck. Hehe. Something I’ll soon be going through myself in time to come.

The reason behind this post that dropped out of nowhere?

Well, Gingerbread Mum, Adora, said something to the tune of, “Let’s talk old school!” Haha. So I went rummaging through old photos to dig out as many as I can. Friends who are reading this, please don’t be too horrified by the photos I dug up and put on this post. I made sure to keep the unglam shots away. Haha!

Let’s start from as young as pre-school…

The pre-school years are pretty much a blur, but I remember we used to walk pass our former president’s, S R Nathan, home to get to school and sometimes, we’ll see him in his super relax home gear of singlet and sarong, watering his plants in the garden.

I also remember picking up a $10 note (that’s like $1000 for a pre-schooler!) and my grandpa saying that I can use the money to buy one ice cream home. Hehe.

I also remember I had my first boy-crush then. I only remember his first name – Andrew – and that he was as pale as Edward Cullen. Haha!

I also remember that the set of white and yellow clothes I wore to perform were my favourite clothes until I outgrew it.

Then I entered primary school, only to wear the uniform for the next 11 years (with changes in between of cos!).

Can you spot me?

Only the best teacher I’ve ever had! Mrs Singh! She’s still teaching in the school!

Primary school was fun. There were tons of freaky ghost stories being told, and I remember being very, very afraid to enter the basement level of the school, especially the toilets there! Anyone remember the ‘ballerina’? It still gives me the creeps, to be honest. Yikes!

I was more into sports. I was a P.E. monitor, and I could do crazy high jumps in a game of zero-point (think jump at waist level without touching and more than one hand length above head high) and jumping to box number 6, landing on one foot, in a game of hop scotch… Sadly, I can’t do any of these amazing feats anymore. Now I ponder and wonder how in the world I managed to do all that!

I was also always the catcher in the game of catch cos I think no one else wanted to be, and I was told it was hard to catch me. And I love a good game of dog-and-bone. My favourite numbers to be were 2 and 3. Hehe. Oh gosh! I could go on and on!

I took part in tons of races and competitions (running and skipping mainly) and could pull off crazy stunts (triple-under, anyone?), but I never really settled on a particular CCA, until primary 6 when I found netball. A game of inter-class sealed the deal for me.

And so in secondary school, I joined the team – no photos of the whole netball period though. No crazy instagram-ing of everything that’s happening back then. And most parents just drop us off for our games, so there’s no one to take photos for us. Haha! I’m sure we have a team photo in the year books, but erm… I didn’t keep my year books. Haha!

Prepping for one of the school events, where we made and sold pizzas!

I just realized we got photobombed here. Haha!

Secondary school was a bittersweet period for me. Some of the memories from which I try to block out. I won’t go too much into this period because while the first two years were awesome, what followed the years after were kind of painful for me.

What I will say is, I had tons of fun times with my friends – performing, being part of the many events we had (anyone remember Pebble Pang? I think I still have one of the pebbles at my mom’s!), hanging out at Parkway Parade, and playing netball. I especially love netball carnivals, where we will play from 7am – 7pm on a Saturday. Hehe. That’s one day I totally live on just sprite and pure endorphins. Hehe!

Oh, I just have to include this one particular incident that happened during our secondary one orientation camp. The camp that ended all camps in the school compound, I believe. Haha!

The police were called in close to midnight cos the people living in the neighbourhood called to complain that we were too noisy. Haha! That was my very first brush with the law. Not that there were any after, except a parking fine many years later. I was quite the goody-two-shoes.

I got retained in secondary 3, and these ladies gladly welcomed me into their cliques, making the transition a little easier 🙂

Just some of the best achievements I’ve ever gotten in my 11 years dressed in blue. The rest went out the window (figuratively speaking, of cos!).

Outside of school, the years through primary and secondary school, one other thing was a constant for me throughout. Drama.

It started out at Sister’s house

I’m thankful for some of the events that unfolded during these years, cos one thing I know for sure is, if I hadn’t gotten retained, I wouldn’t have been part of the New Media Pioneers at Republic Polytechnic. And I wouldn’t have gone to Murdoch University the year that I did and met my BFF, Nicole.

And I just realize something, from pre-school up till the day I stopped wearing uniforms, I was always in blue and white! 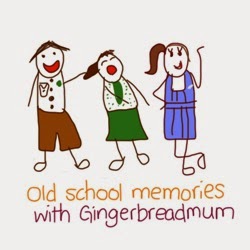 There is only one rule for Timeout Thursday, and that is,
STRCITLY NO KIDS ALLOWED!
This linky is all about indulging us, the parents!

Grab the code below, link up back here with your post URL, and it’s all good to go!
Linky party will be open for 3 weeks from the first Thursday of every month.
For more details, please read my first Timeout Thursday post