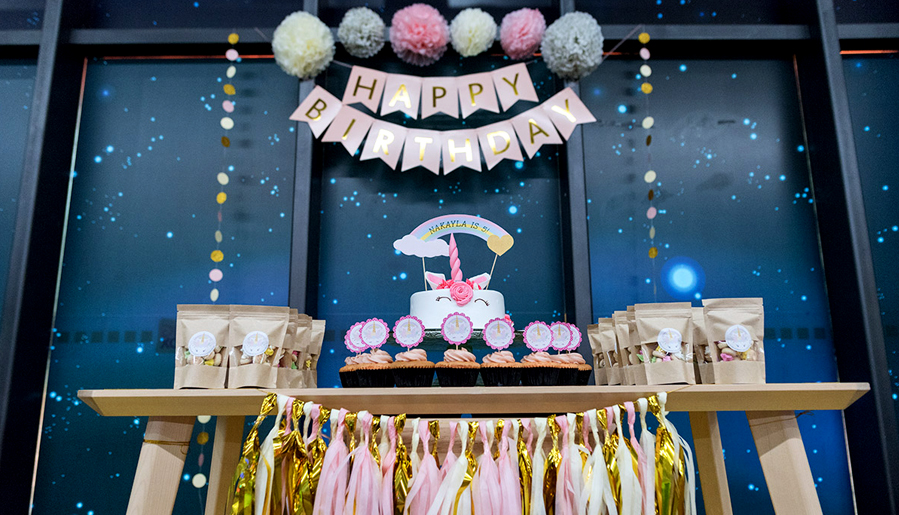 So, back in September, after Blake’s birthday, Nakayla told me that she really wanted to have a baking party too. I thought that was pretty awesome, cos I can just repeat everything without having to think too much. And it will be super fair, right? Same party for the boy, same party for the girl!

Fast forward to the first week of November, her birth month, Nakayla shelved her initial plans and decided she wanted a party at an indoor playground.

We were looking around the various packages indoor playgrounds around Singapore has to offer and finally decided to have it at a place the children have come to love, but seldom get to visit (cos it’s at the other end of Singapore from us) – My Little Giant @ Big Box.

One of the main reasons we chose the place was cos we will have our own exclusive playground within the party area!

The last, and probably most important, reason was the fact that we can cater our food from anywhere. We ordered high tea mini buffet from Neo Garden this year and self-collected the food along the way (only a 10 minutes drive between locations).

The main theme and simple set up we somehow ended up with for Nakayla’s birthday consists of Unicorns – a cake and several cupcakes from Prima Deli – and cheap party decoration I got off Taobao, which the staff at My Little Giant helped put up (thank goodness for their help!). The party favors are the very colourful and everyone’s favourite – Gem biscuits. Haha.

I actually ordered Unicorn headbands for Nakayla and myself, but we forgot to bring it along with us to the party. Haha! Thankfully, I didn’t forget the cake and cupcake toppers I made or the birthday candle! Phew!

After holding two parties in the afternoon this year (i.e. after lunch/around tea-time), I have come to the conclusion that afternoon parties are the best for us. Not only will we be able to sleep in, but it’s the only time you can put out all kinds of finger foods and everyone, young and old, will be more than happy to eat and continue playing/chatting. Easy food to eat FTW! Hahaha!

Just maybe, don’t get chicken wings/drumlets/winglet and the likes… It’s not exactly the easiest food to snack on in between play and chit chat. Satay and fishballs are highly recommended though. Haha!

I remembered to bring along Nakayla’s Unicorn headband for her birthday celebration in school. And, my baby girl requested and designed that traditional buttercream cake by herself. It’s a 3-flavored cake – Chocolate, Vanilla and Strawberry – and it took us many trips to the bakery to look at all the different designs before she knew how she wanted her cake to be. Haha!